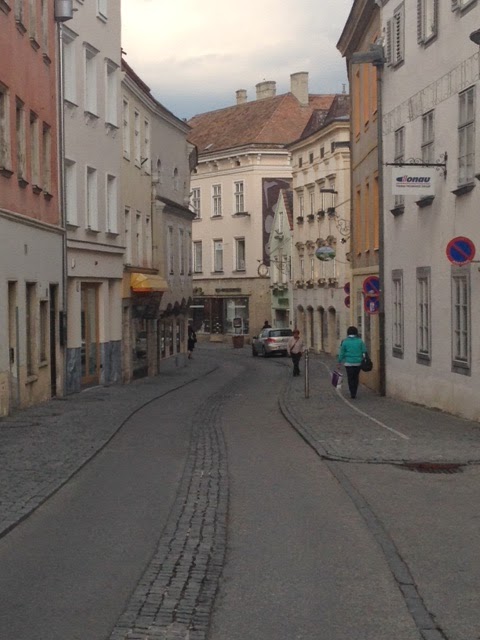 ﻿April 23, 2014: Krems at last! After a long flight to Vienna, and a remarkable day wandering through that city of refined contentment, we arrived in what has to be one of the most charming small cities in all of Austria. At the heart is a medieval walled city that dates to at least the tenth century. It is bounded on the south by the Danube River and to the hilly north vineyards that are just about to come into bloom. And at the western edge lies the IMC Krems campus – an architectural marriage of modernity and history. 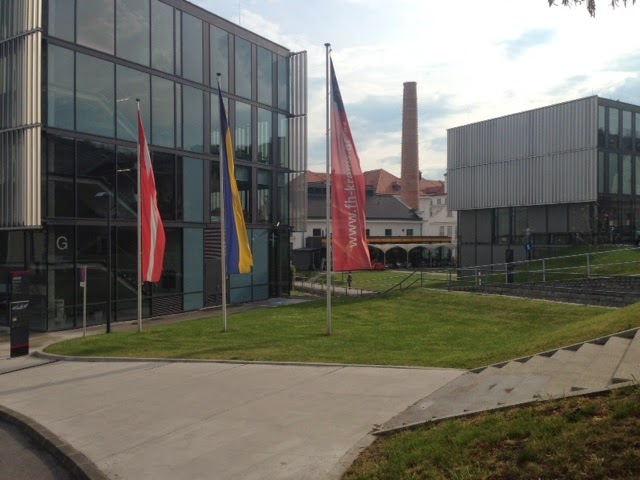 Our hosts at IMC FH Krems threw a welcome reception for the impressive array of speakers gathered from IMC partner institutions around the world – France, Finland, Denmark, Iceland, The Netherlands, Spain, Russia, Canada, Mexico, the USA, and of course Alain Londes and Ted Glenn from Humber College in Toronto Canada – here to speak as part of the IMC Masters Days.

April 24, 2014:  beautiful start to the day in Krems this morning. I went for a run in the orchards up above Krems and tried very hard not to have a heart attack. The hills are soooo steep! 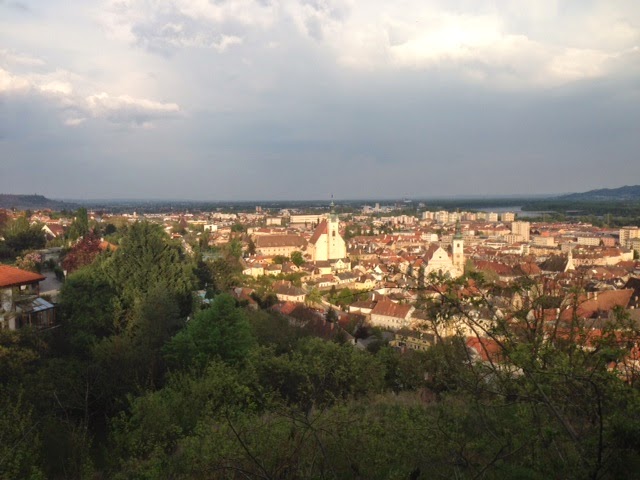 Got back to the hotel and had breakfast with some of the presenters. A very international conversation, I have to say. I got a preview from Moses Koh from Singapore’s Nanyang Polytechnic on his presentation, “What finance textbooks don’t teach us…lessons learned from 50 countries travelled.” Philippe Daudi from Sweden’s Linnaeus University and I discussed some of the ideas he will tackle in his presentation, “On the art of leading others through the art of leading oneself.” And I eavesdropped on a conversation in which Gabriel Lopez Gutierrez from Mexico’s Escuela Bancaria y Comercial talked about some of the themes he will discuss in, “Strategies for intergenerational engagement in Mexico and Latin America.” It will be a very interesting and engaging day. 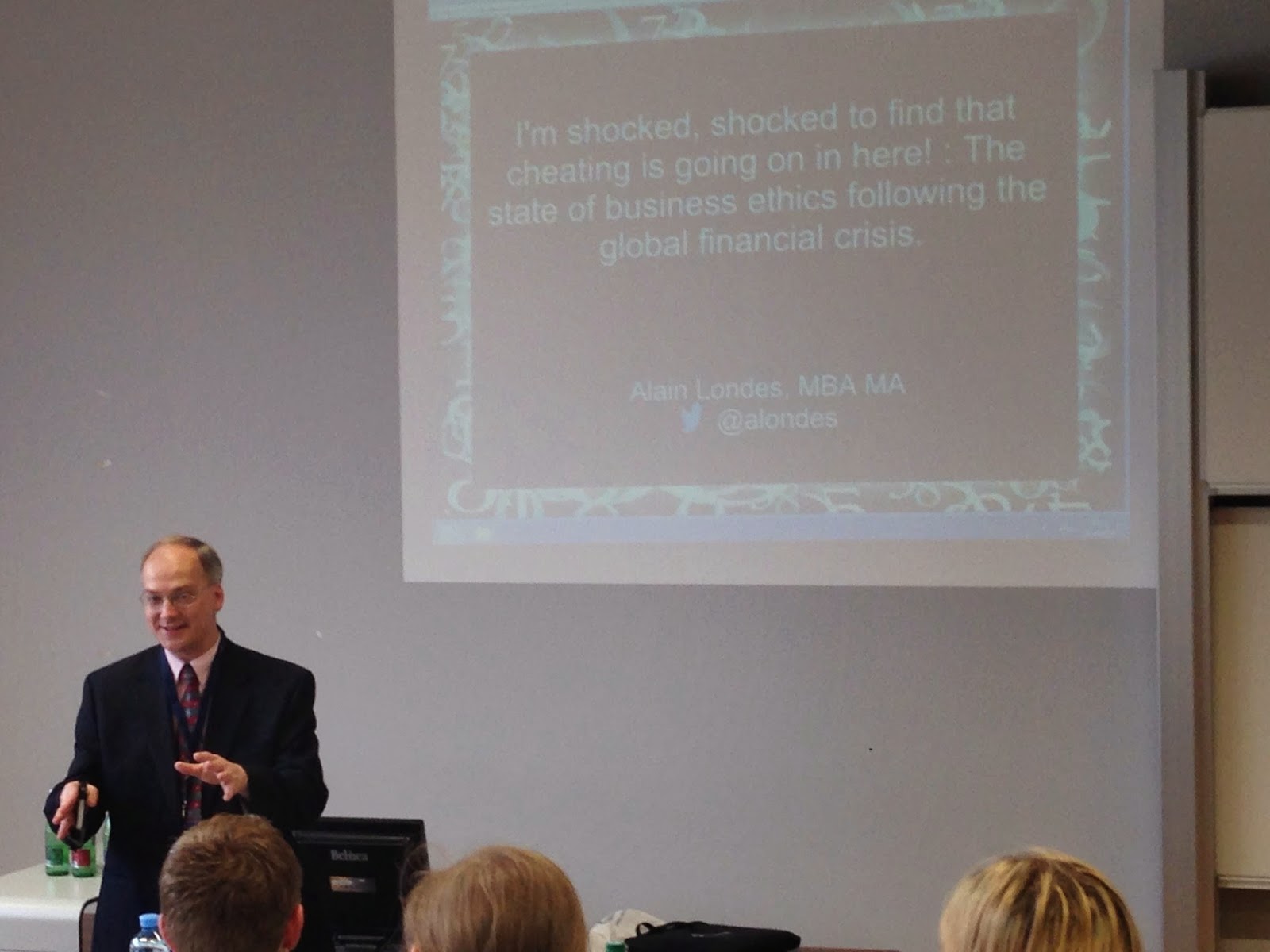 After breakfast, I sat in on Alain Londes’s presentation, “The state of business ethics following the global financial crisis.” Very interesting to sit in on this conversation. Alain started with what he called a distinctly North American perspective on the state of business. That sparked a wide-ranging conversation about what is happening in Austria specifically and Europe in general in terms of ethics and trust. For me, one of the most interesting parts of Alain’s presentation was the “multi-linguality” of it – Alain switching effortlessly between English (used for most of the presentation) and French, German, Russian and Italian as per participants’ backgrounds. I’m of course very envious as I have a very difficult time communicating in just one language effectively. Language, for Alain, seems to be much like playing jazz.

Tomorrow, I will deliver a workshop called "Lead from wherever you are: The leader-as-coach approach.” Alain and I will also meet with a couple of students who intend on studying at Humber in the fall. We will show them pictures of Casa Loma and the CN Tower - quite a contrast to this magical medieval city!
Posted by Humber World at 12:29 PM