This post originally appeared in Humber Communique on December 14, 2015

In the spirit of diversity and inclusion, we provide the following Multifaith Holy Days & Festivals realizing that it is not exhaustive. Should you wish your faith’s days to be included, please contact the Chaplain at x4427 or chaplain@humber.ca for due consideration. 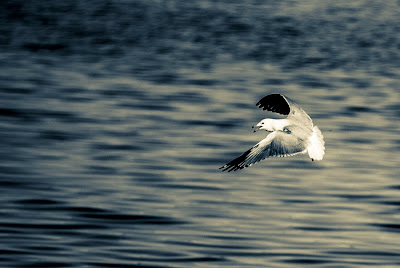 01 Friday
New Year’s Day (Canada/International)
January = Mndioo Giizis / K'aliyee (Aboriginal)
Spirit Moon (Ojibwe). K’aliyee is the time of the cold north wind (Other)
Temple Day (Buddhism)
North American Buddhists of all schools attend a special service in the local temple.
Shogatu/Gantan-sai (Shinto)
The Japanese welcome the New Year with prayers for renewal of hearts, good health and prosperity and wear their best clothes to visit shrines in large numbers, some at midnight on New Year’s Eve. Over the next 7 days, people visit one another's homes to offer good wishes for the coming year.
Ghambar Maidyarem Dec 31, 2014-Jan 04 (Zoroastrianism)
Celebrates the creation of animals and is a time for equitable sharing of food.

05 Tuesday
Birth of Guru Gobind Singh Ji (Sikhism)
The tenth and final Sikh master created the Khalsa, the Brotherhood of the Pure, and declared the Scriptures, the Adi Granth, to be the Sikh's Guru from that time on.

06 Wednesday
Christmas / Epiphany / 3 Kings Day (Christianity-Eastern)
Some churches celebrate Christmas, the birth of Jesus; some celebrate Epiphany, the baptism of Jesus by John the Baptist. Some Western & South American churches celebrate 3 Kings Day with gift-giving as when wise men from the East visited Bethlehem with gifts for the Christ child.

10 Sunday:
New Moon: The moon is at its least visibility.

11 Monday
Seijin no hi or Coming-of-Age Day (Shinto)
A national holiday in Japan in which young women and men 20 years of age go to shrines wearing traditional clothing and their families proclaim their adult status to the kami or spirits and pray for their health and well being as they grow older.

13-14 Wednesday-Thursday
Lohri (Hinduism) / Maghi(Sikhism)
Bonfires are lit to mark the increase of the sun and the lengthening of days.

19 Tuesday
Theophany/Timkat (Christianity-Eastern)
Eastern churches celebrate this day as the baptism of Jesus by John the Baptist and the later miracle at Cana when Jesus turned water into wine.
Sultan (Baha'i)
Sultan, meaning Sovereignty, is the 17th month of the Baha'i year and involves an annual celebration of the teachings of unity found in all religions, Baha'is invite representatives of other traditions to address a common theme.

24 Sunday
Full Moon: The moon is at its greatest visibility.

25 Monday
Tu B'Shevat or Arbour Day (Judaism)
The 15th of the month of Shevat celebrates Judaism’s connection with nature as the new year's day for trees and the first of the year tradition of tithing the fruit of trees. The day can involve environmental actions like tree planting plus special meals including the 7 fruits of the land from Deuteronomy 8:8 (barley, dates, figs, grapes, olives, pomegranates, wheat), each representing a spiritual idea.

30 Saturday
Sadeh (Zoroastrian)
A mid-winter festival denoting the 100 days after summer with bonfires to show the power of fire and light in defeating darkness and cold, as persons gather around a fire to pray and, holding hands, dance around these fires in a circle.