This post originally appeared in Humber Communique on January 15, 2016 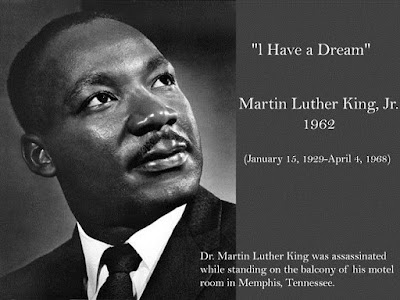 Martin Luther King Jr. day is celebrated on the third Monday in January. He played a pivotal role in the advancement of human rights throughout the world. Here in Canada, many honour his legacy as it highlighted the civil rights of the Aboriginal peoples, racialized peoples and other disenfranchised groups that were subjected to discrimination practices that prohibited access to employment, housing, education and other services. Mirroring its American counterpart and following in the footsteps of nonviolence resistance, many Canadians took to the streets and marched and sat in civil disobedience in an effort to effect change. One such change came by way of the Canadian government under Lester B. Pearson’s leadership in 1967 that introduced a point’s system selection process for choosing immigrants to enter into Canada. This points system negated policies and practices that had originally kept racialized groups from entering.

Some of Dr. King’s other memorable moments that engendered change include:
Dr. King’s principles and nonviolence actions led him to win the Nobel Peace Prize in 1964 at the age of 35 years
Today, Canada has worked toward the dream that Dr. King envisioned, that is, many races, cultures and religions residing peacefully in Canada. However, Dr. King’s work is not complete.  His famous speech continues to ring true that until all, “men and women everywhere, regardless of color or creed, are equal members of the human family” we must continue to strive to end all forms of harassment and discrimination. This is Dr. Kings legacy.  Do take some time on Monday, January 18, 2016 to ask yourself, “What legacy am I leaving behind to end discrimination in Canada?”

We encourage you to read the inspiring words on the meaning of the King Holiday and learn about its history at the following website address: http://bit.ly/1Ng9c8l

Source: This sheet was developed by the Centre for Human Rights, Equity & Diversity. Excerpts were taken from the King Centre thekingcenter.org and the Global Mail article http://bit.ly/1ntqZUH

Posted by YourHumberWorld at 9:15 AM