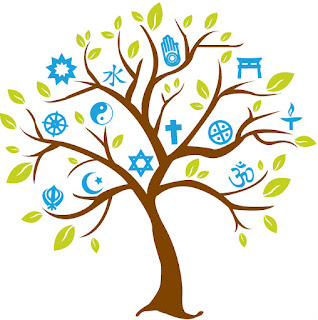 Humber Interfaith Calendar - Multifaith Holy Days & Festivals
April 2016
In the spirit of diversity and inclusion, we provide the following Multifaith Holy Days & Festivals realizing that it is not exhaustive. Should you wish your faith’s days to be included, please contact the Chaplain at 416.675.6622 x4427 or chaplain@humber.ca for due consideration.

01 Tuesday
April = Namebine Giizis / Mmaal (Aboriginal)
Namebine Giizis is also known as the Sucker Moon in relation to the sucker fish (Ojibwe). Mmal is the season when rivers open and canoes can be launched and travel on the rivers can resume (Other).
April Fools’ Day (International)
A folk day when people seek to play humourous pranks and jokes on each other, possibly related to earlier cultural feasts and festivals.

06 Wednesday
Organization of the Church (Mormonism)
Denotes the founding of The Church for Latter Day Saints in 1830.

07 Thursday
New Moon The moon is at its least visibility.

13 Wednesday
Vaisakhi (Hinduism)
Celebrates the first day of the solar year with an agricultural harvest festival. Important in North India, this holiday is named after the month Vaisakh.
Vaisakhi (Sikhism)
Commemorates the day in 1699 when Guru Gobind Singh, the tenth Guru, created the Khalsa Panth (Brotherhood of the Pure). Brothers are named Singh (lion) and sisters are named Kaur (princess).
Songkran to Apr 15 (Buddhism)
A 3 day festival denoting the new year for Buddhists. Homes are cleaned and water is sprinkled on statues of Buddha and on monks who visit.

15 Friday
Ramanavami from Apr 07 (Hinduism)
Celebrates the birth of Rama, 7th incarnation of the God Vishnu. In the prior 8 days, Hindus read the Ramayana, a Hindu epic, that tells the story of Rama.

19 Tuesday
Mahavira Jayanti (Jainism)
Celebrates the birthday of Lord Mahavira (Great Hero) the 24th Tirthankara (and the last of his time cycle).

21 Thursday
Feast of Ridvan to May 02 (Baha’i)
Remembers the 12 days that Baha’u’llah spent in the garden of Ridvan during his exile in Baghdad and when he proclaimed himself as the one announced by the Bab. On the first, ninth and twelfth days, work is suspended.

22 Friday
Full Moon The moon is at its greatest visibility.
Lunar Eclipse (Equatorial) The moon’s light is blocked by the shadow of the Earth.

23 Saturday
Pesah/Passover to Apr 30 (Judaism)
Commemorates the Exodus, the departure of the Israelites from Egypt, and is celebrated for 8 days beginning at dusk (before sundown) on the prior day.

29 Friday
Holy Friday (Christianity-Eastern)
Commemorates the Passion of Jesus Christ in submission to death by crucifixion.
Gathering of Nations Pow Wow to Apr 25 (Aboriginal)
In Albuquerque, New Mexico various tribes and nations participate, share, teach and exchange traditions with each other.

30 Thursday
Ghambar Maidyozarem to May 04 (Zoroastrianism)
Celebrates the creation of the sky and the harvesting of the winter crop.
This article first appeared here.

Posted by YourHumberWorld at 9:00 AM